Two economic conditions currently in the U.S. may impact the Bay Area housing market. The first is the mounting trade wars with China, Europe, Mexico and Canada. The second is the rising interest rates, tightening monetary policy and converging yield curve, the latter of which has been a recession indicator in the past. At this point, housing sales are still strong but prices show some signs of weakening.

The number of new single family homes that came on the market in June was the lowest for that month in the past 10 years. With the number of sales not declining, inventory dropped to its lowest level for June in 10 years. This incredibly low inventory contributed to the highest overbid percentage ever on record in San Francisco – 119%.

Interesingly, prices fell for the fourth straight month but are still up 13% year-on-year.

Condo/loft/TIC prices dropped back a bit in June but are up 8.8% year-on-year. The number of condo sales year-to-date is the highest since 2014. 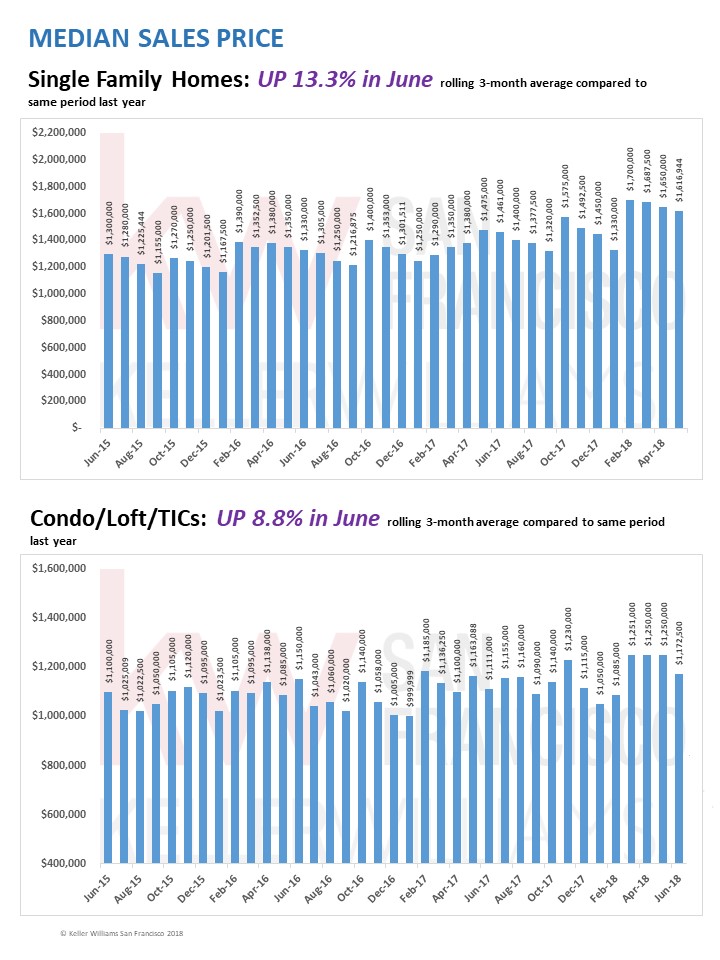 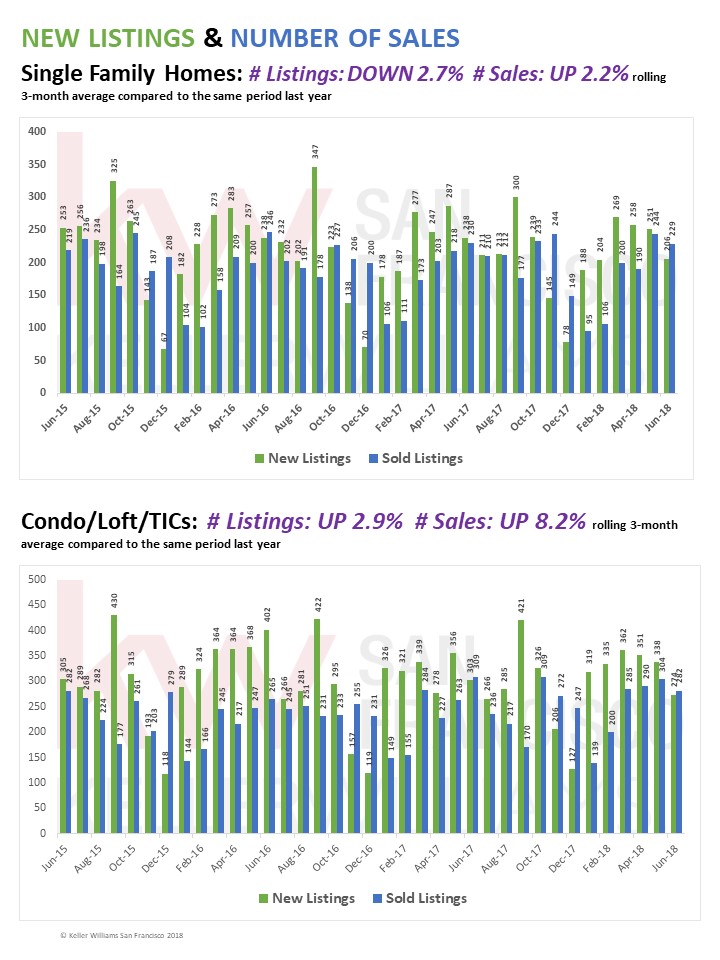 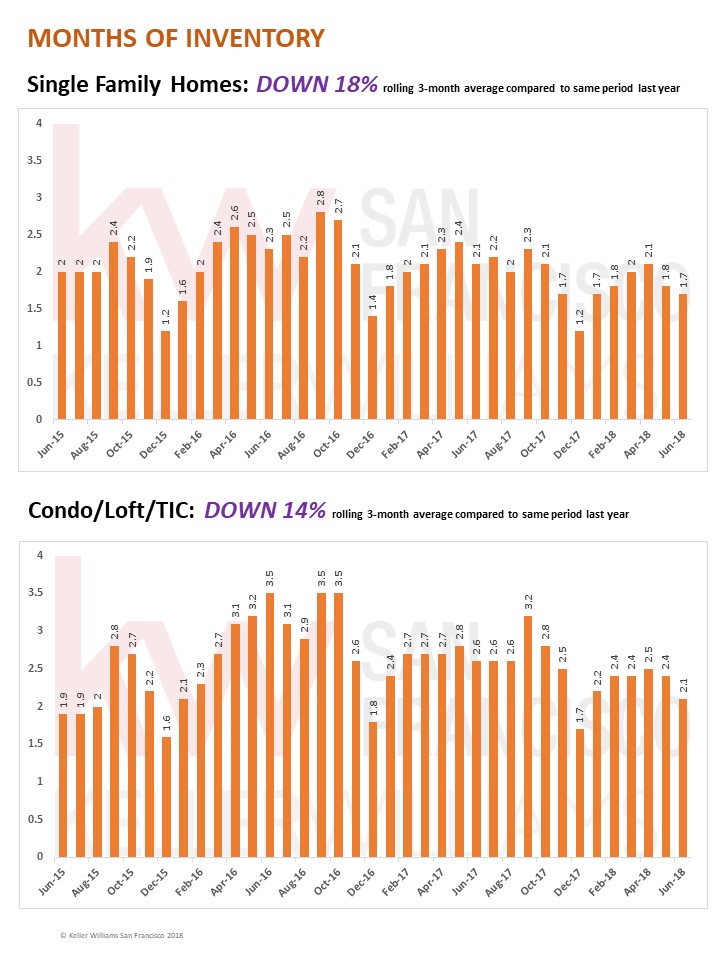 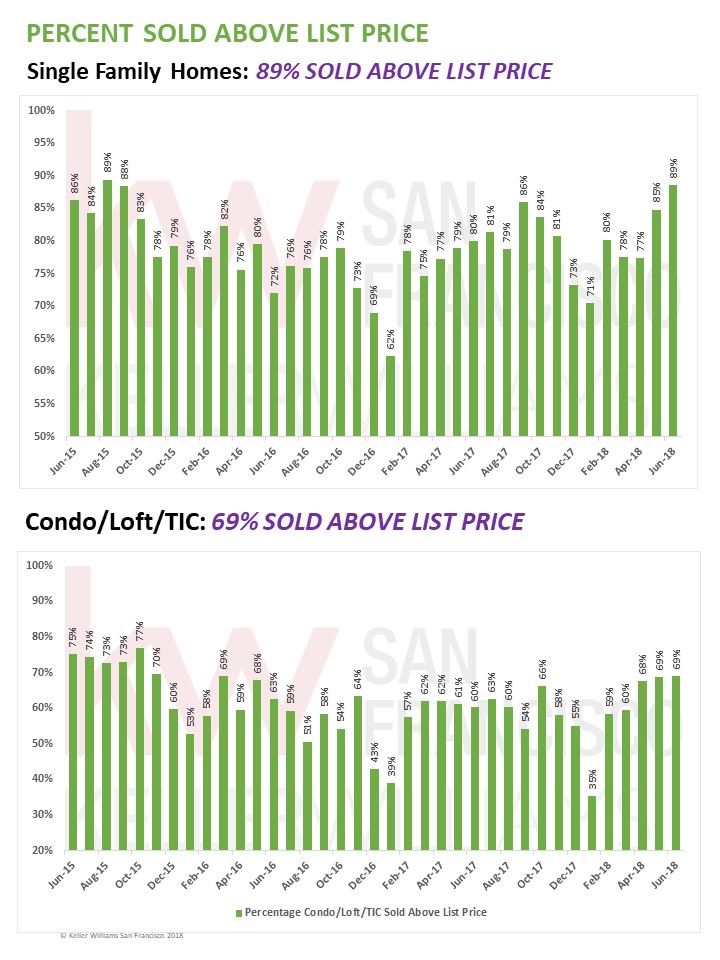 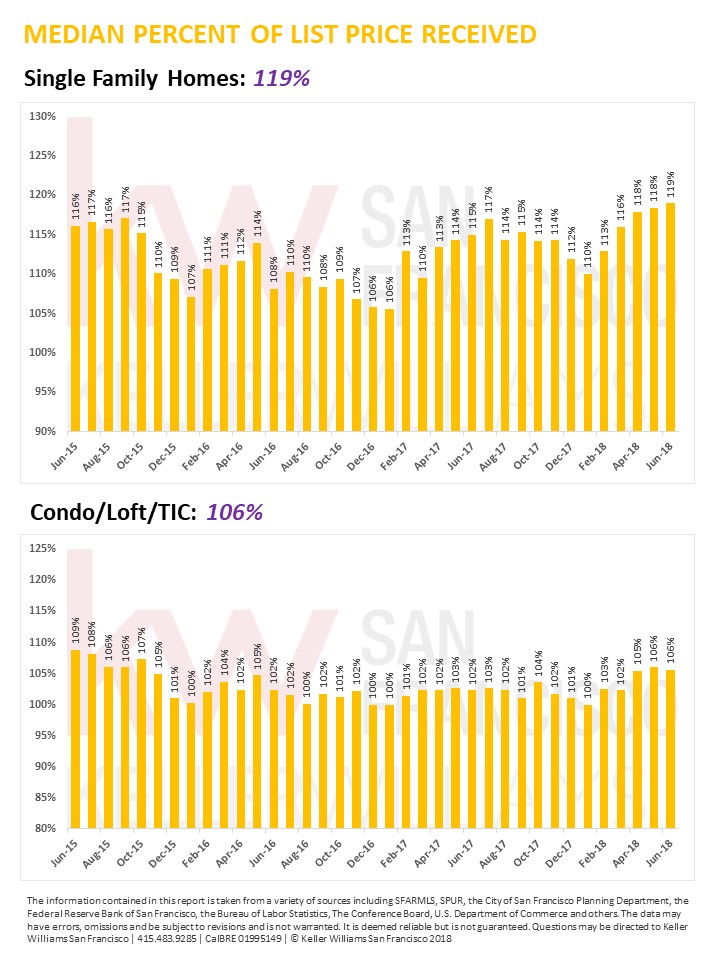