Uncertainty in the market and the economy is the watchword. November followed October’s stock market gyrations with the result that all major worldwide stock markets are now in negative territory for the year. After the recent quarter-point raise the discount rate, central bank officials have now reduced next year’s rate hike forecast. That reduction could mean two rate hikes, instead of the three previously projected.

In San Francisco, four SF-based unicorns, Lyft, Uber, Pinterest, and Airbnb, have each announced plans to IPO in 2019. Since real estate is the biggest item that people buy following an IPO, this could buoy the San Francisco real estate market in spite of uncertainty or even a downturn in the US economy or continued interest rate rises.

Locally, fewer buyers are participating in multiple offers and the percentage of homes selling above list price is falling. And, month-by-month, the median sales price of SF single-family homes has eased downwards since April.

The signs of the market shift are here: homes that are in move-in condition and priced well sell quickly with multiple offers. However, homes with problems are sitting on the market and taking price reductions and selling for far less than sellers had hoped to get. 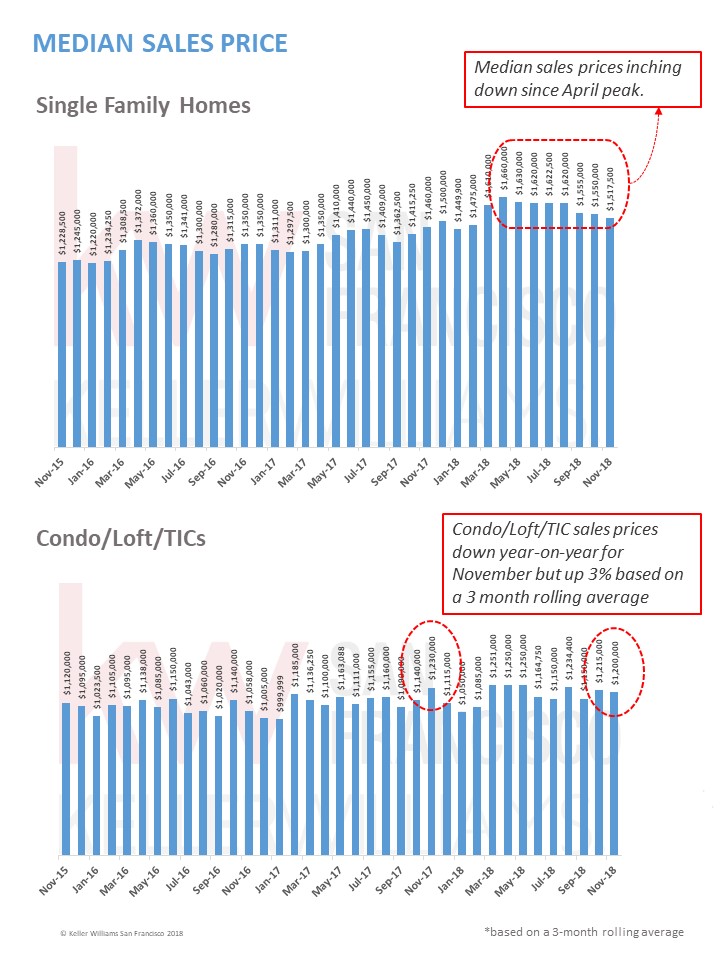 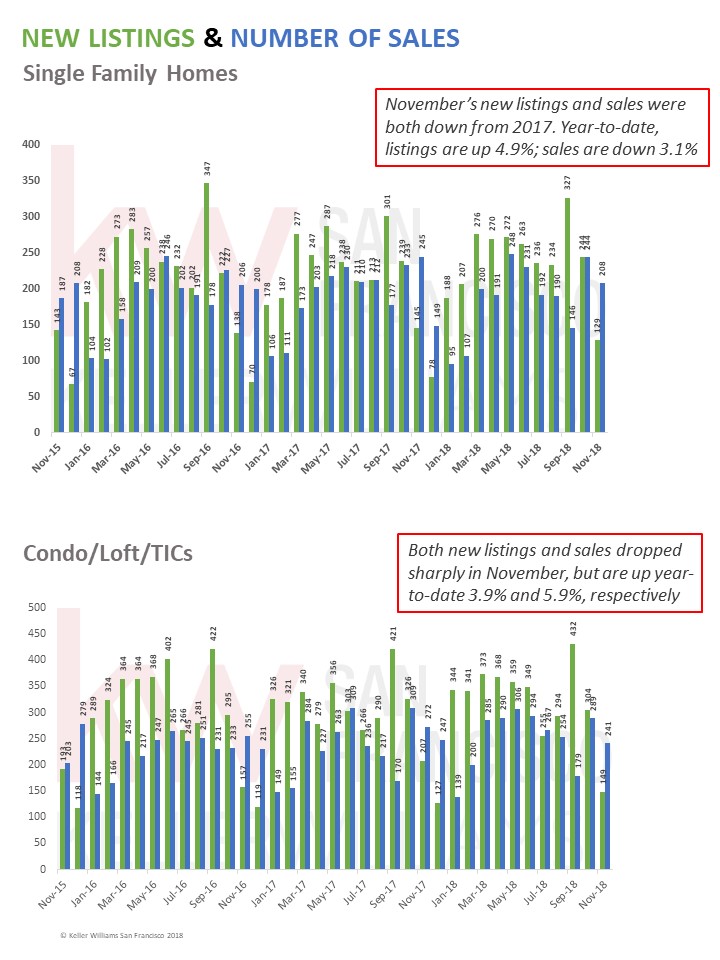 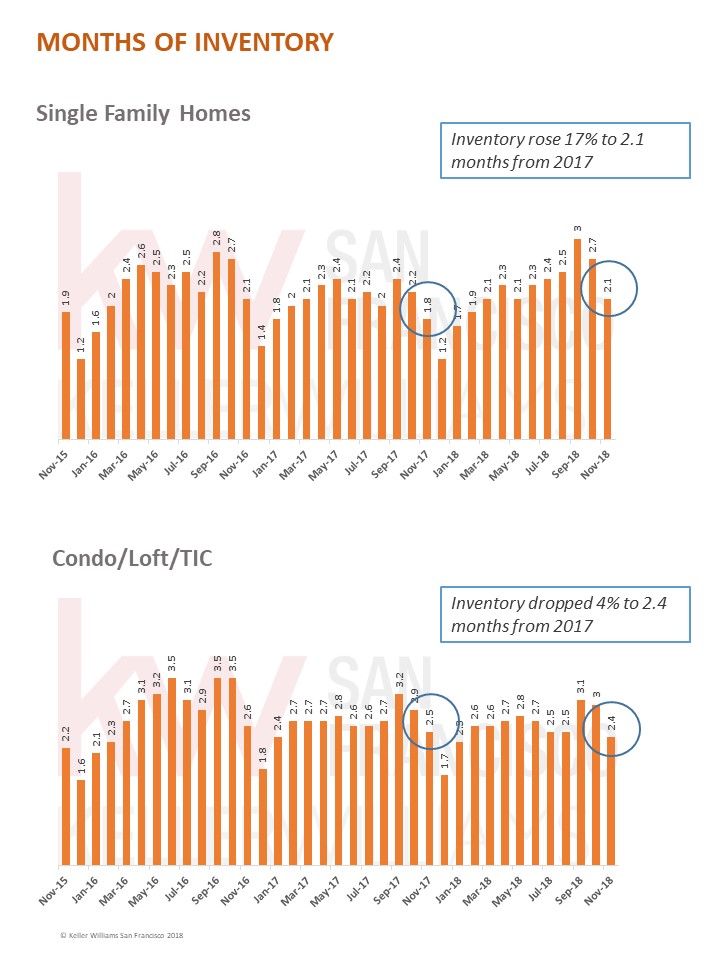 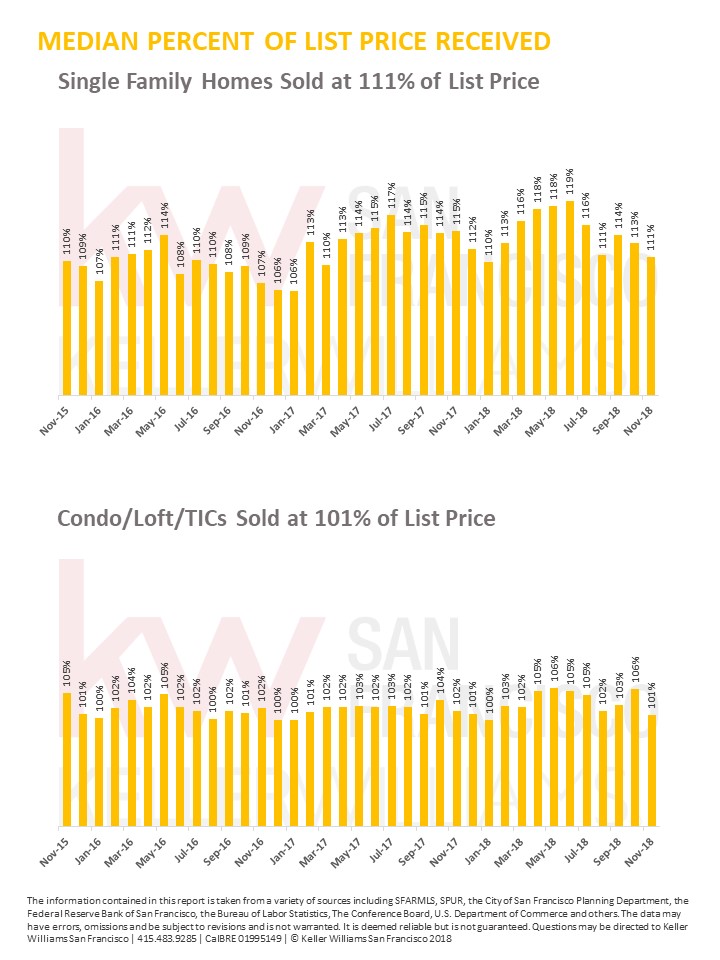