The Swiss bank UBS published its Global Real Estate Bubble Index recently, stating that San Francisco is the most overvalued real estate market in the US. Their analysis focused on the rise of home prices in San Francisco compared to the rise in median incomes. Their report stated that home prices have risen 65% since 2012 while the average income has risen only 10%.

While they are, essentially, correct about the rise in the housing prices (taking both single family and condo prices into account), they are off on the income rise. Per the US Department of Commerce, median household income rose 42% from 2012-2016.

While there is no income data out yet for 2017, we can safely assume that it has risen in 2017, given the incredibly tight job market. Therefor, income appreciation has lagged at least 40% behind housing cost appreciation, resulting in a significant drop in housing affordability.

October’s median sales price jumped sharply to an all-time high of $1,588,000, up 13.4% above October, 2016.  The number of new listings on the market year-to-date is down 5% from 2016 while the number of sales is up 2.9%. This has caused inventory to drop 29% compared to last October and is at its lowest level, 1.9 months, since February. The incredibly tight supply coupled with strong demand kept the level of overbids high as well, up to 115.6%, higher than last October’s 108%. 83% of single family homes sold above the list price, and the median sales price was 113% of the list price.

Median sold prices are dead even with last October’s at $1,140,000. They are up 5.8% on a 3-month rolling average compared to last year. Following a very big month in the number of condo/TIC sales, 303, inventory is down 16% from September and 26% compared to last October. Like single family homes, the number of Condo/Loft/TIC listings are down year-to-date compared to 2016, by 6.6%, while sales are up 2.7%. The flurry of sales brought sold prices up above list prices, to 104%, the highest level since May, 2016. This compares to this September’s 101%. And, 67% sold above list price, up from 55% in September. 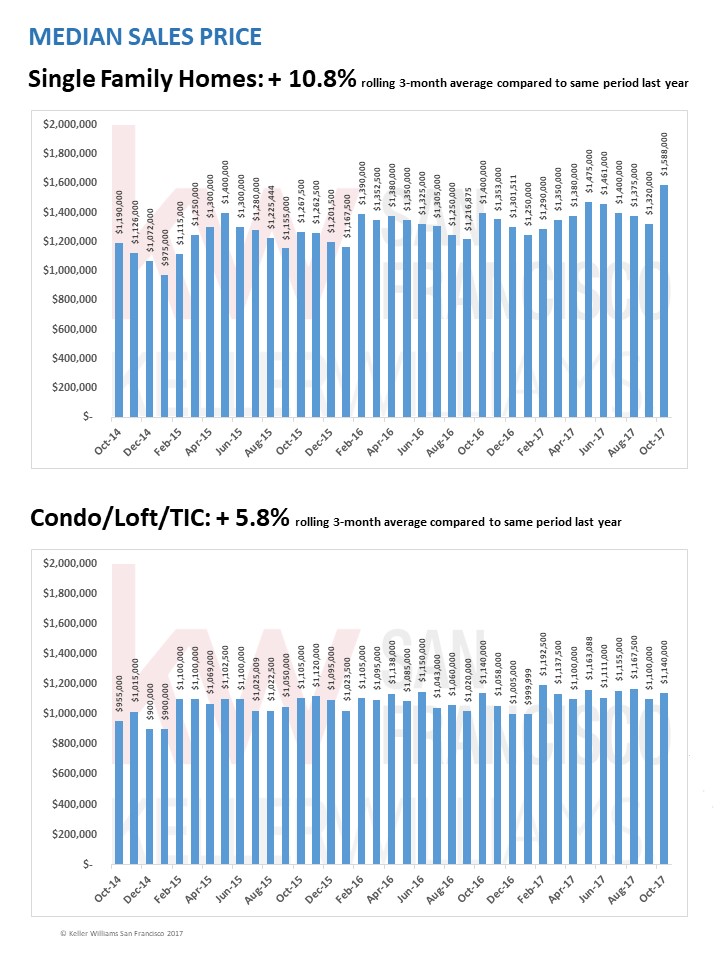 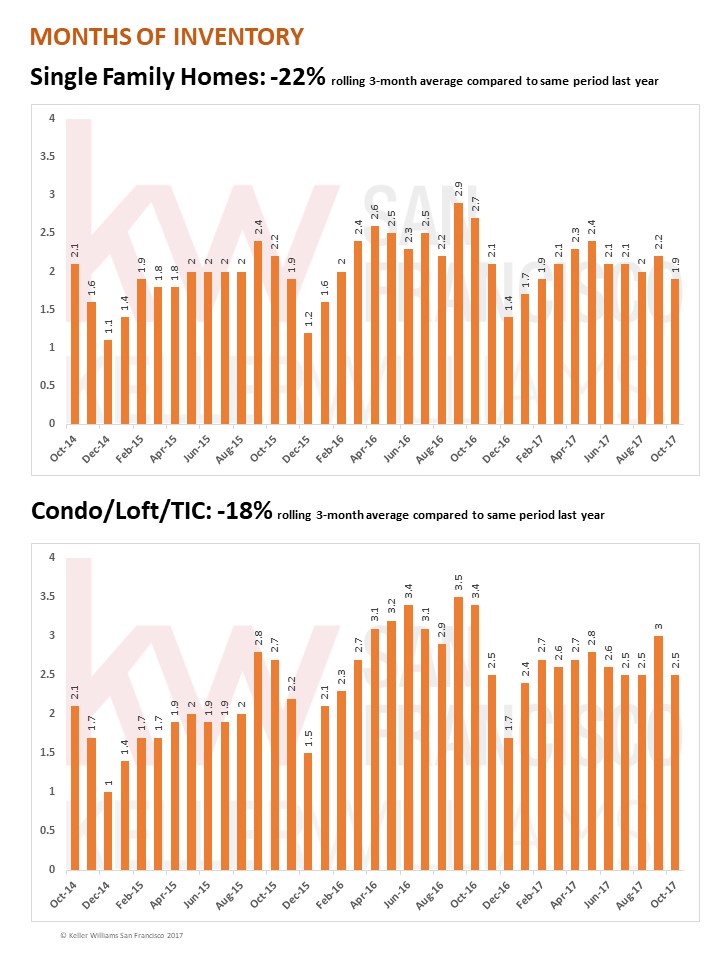 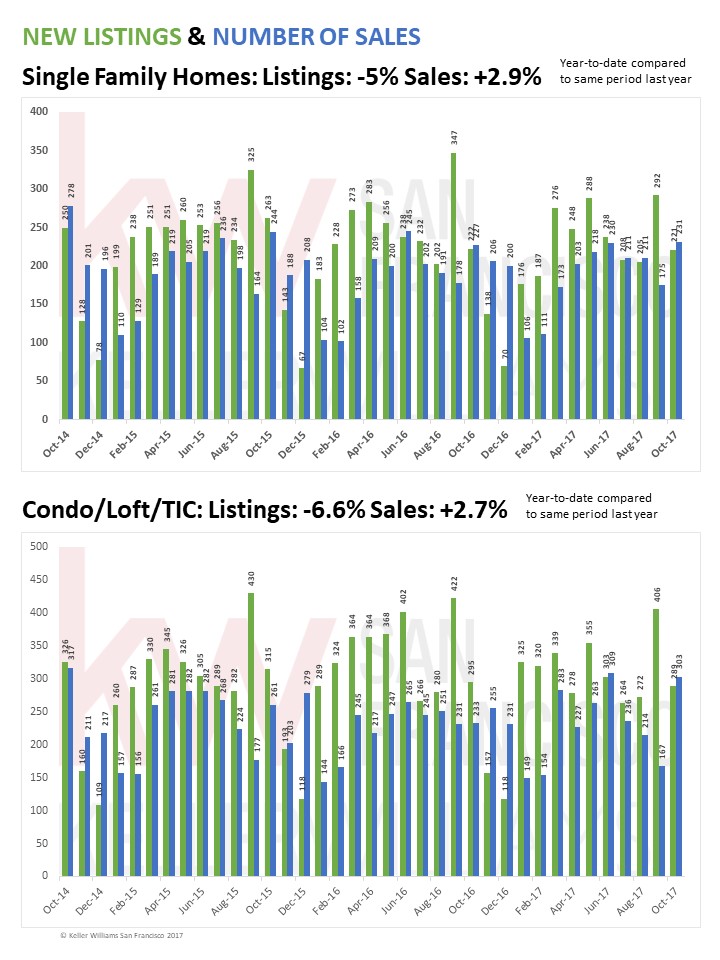 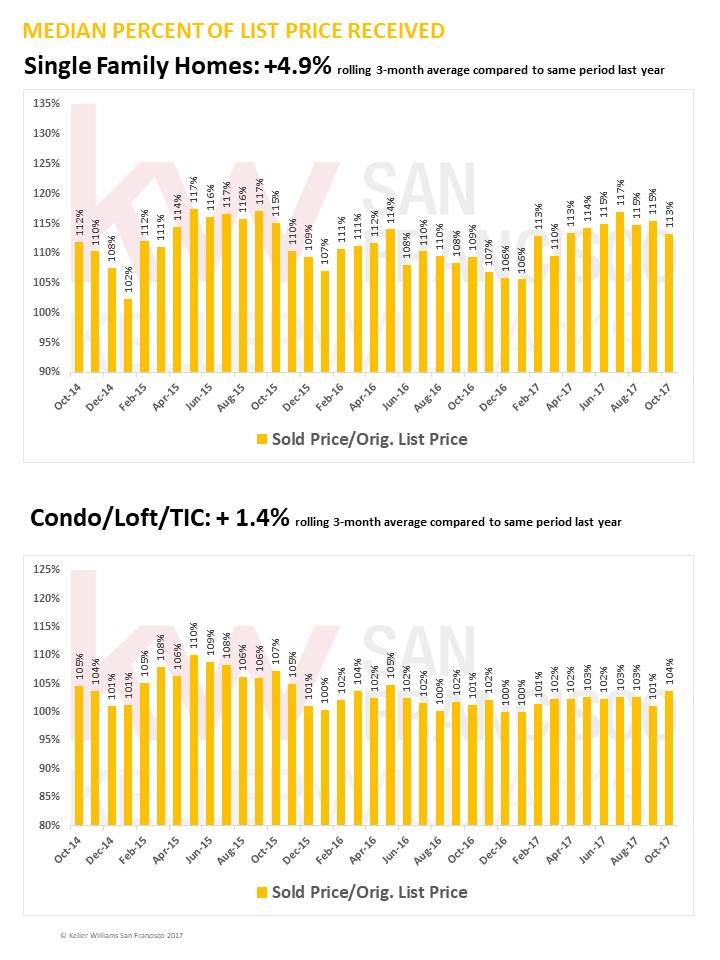 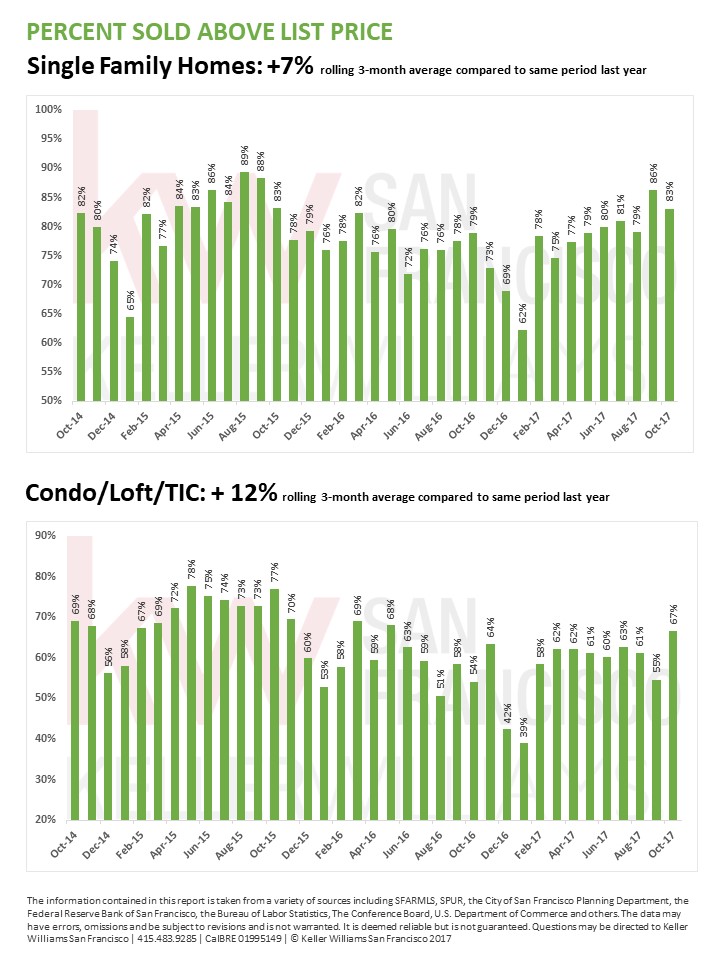