The IPO market that has fueled much of the San Francisco home-buying ebulliency has cooled considerably, and the trade wars with both Europe and China have added to buyer hesitation.

These changes may partially explain why San Francisco single-family home prices declined for the third straight month which, in and of itself, is fairly typical for this time of year but, in the last three months they have dropped $210,000, far more than the $126,000 over the same time period last year. They are still up 1.9% year-on-year.

The number of new listings usually spikes in September, as properties are released to the market to meet buyers returning from Summer vacation. However, new single family home listings were down 22% compared to 2018. Sales were also down, by 4.9%. Condo/loft/TIC’s sales were also down, off a stiff 12%.

*based on a 3-month rolling average 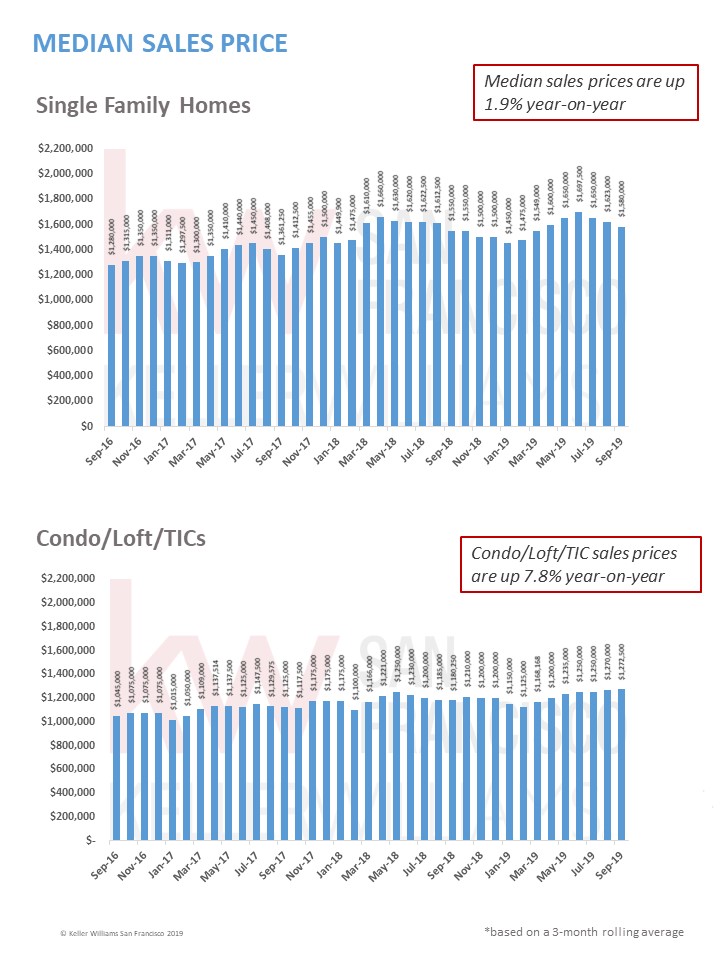 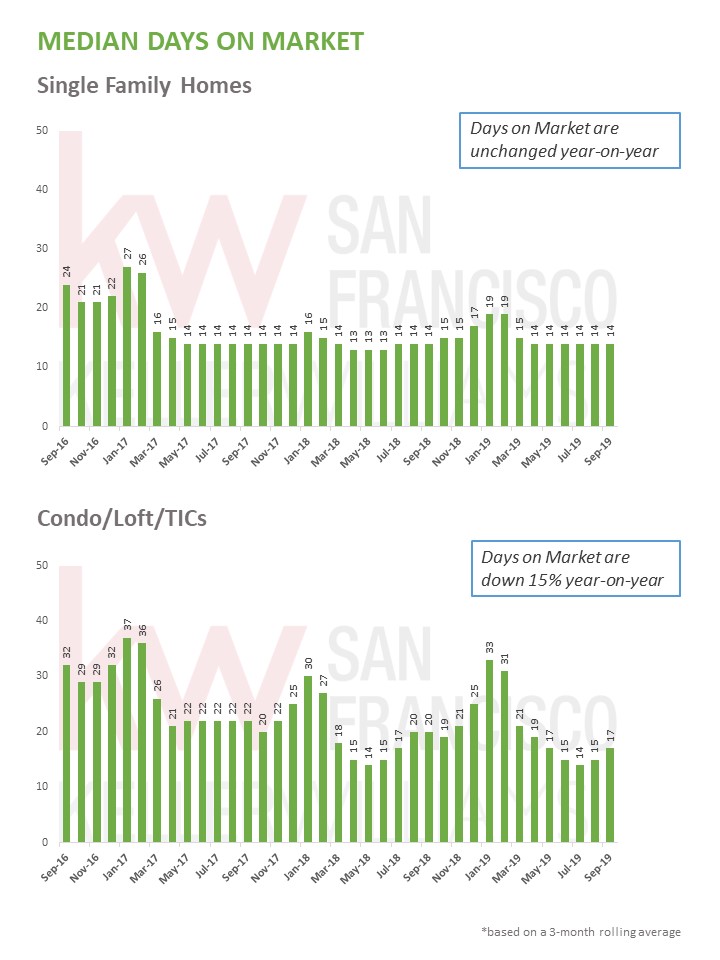 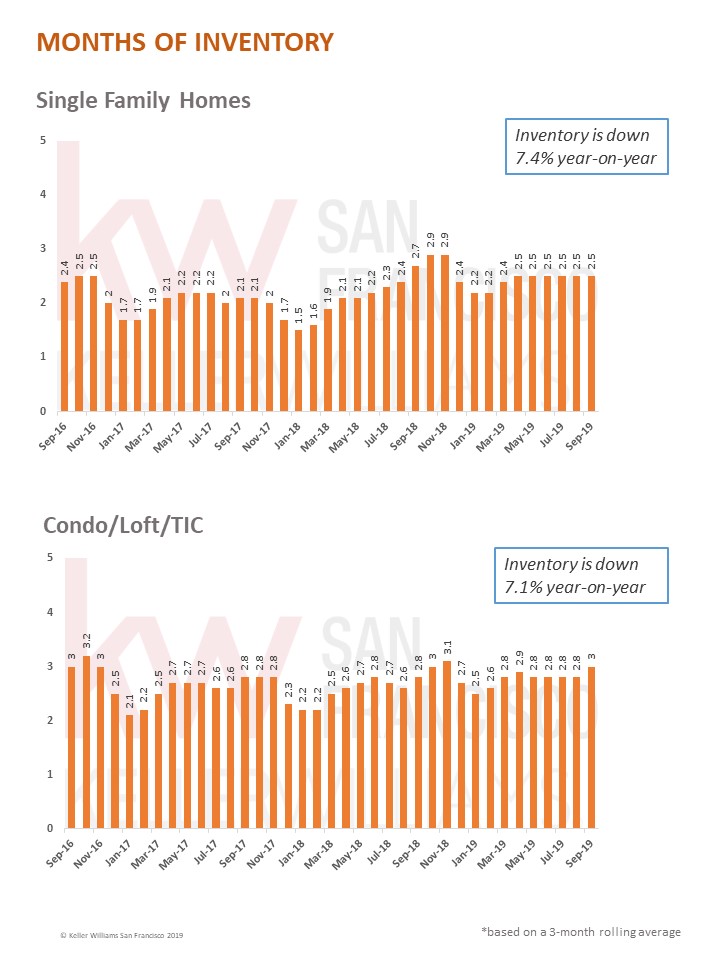 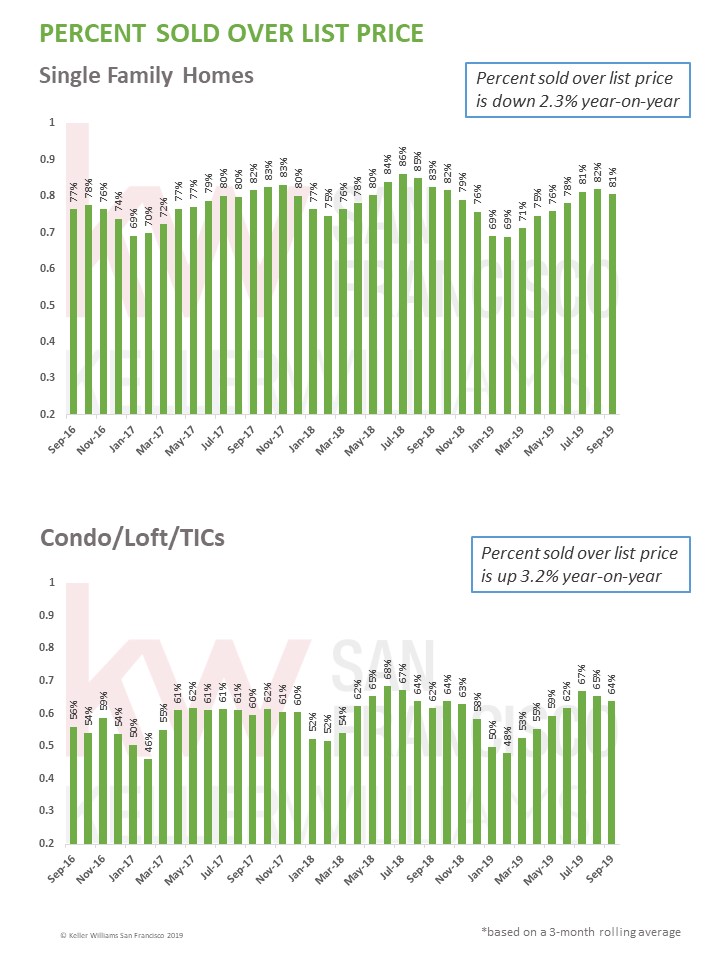 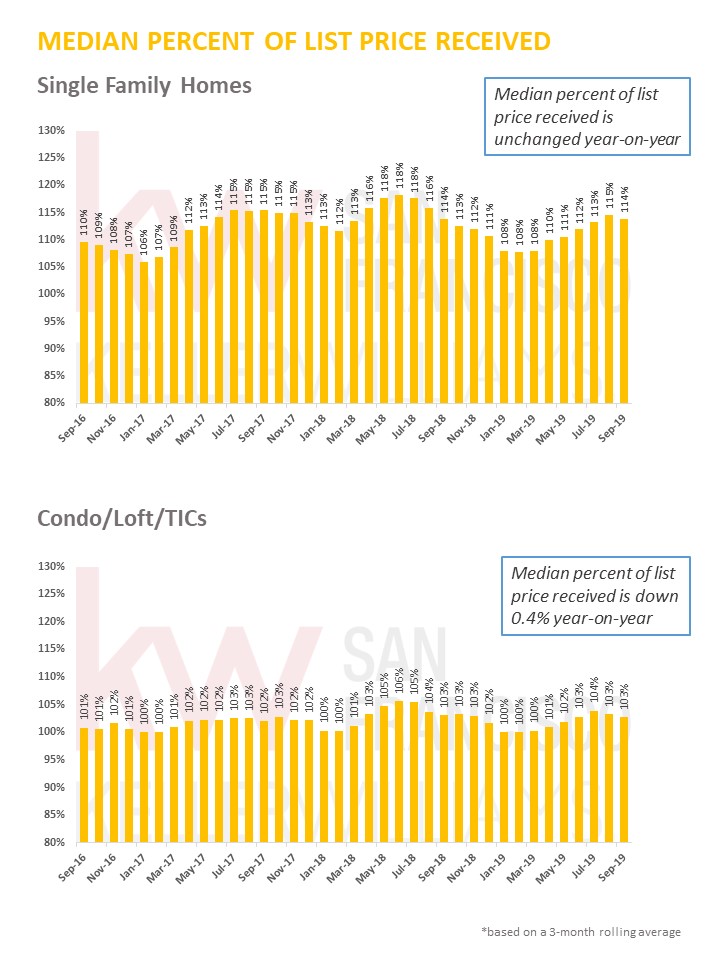 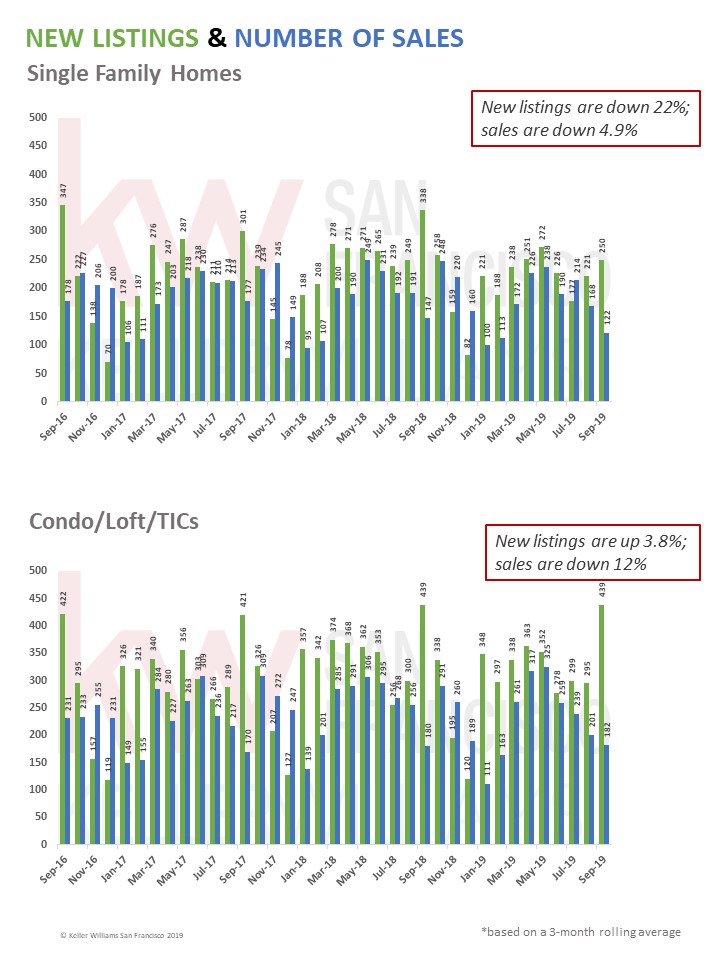 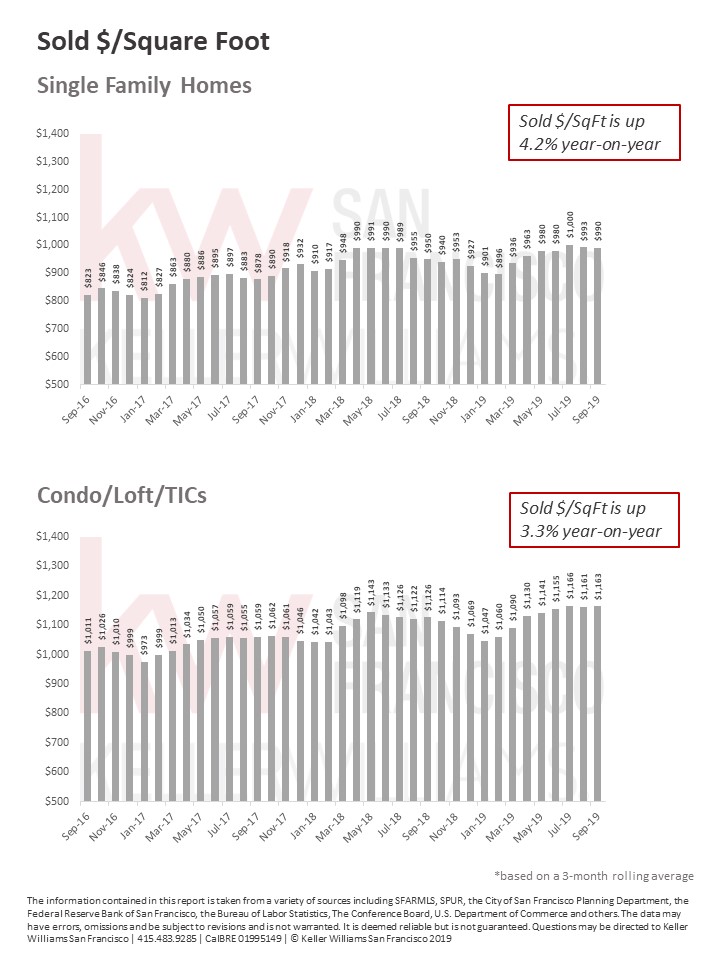